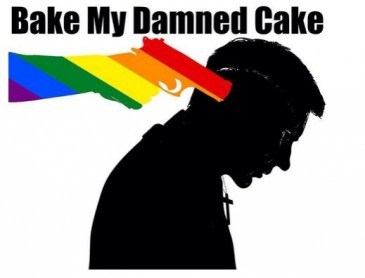 Doug Wilson coined a new phrase which, I fear, will be with us for awhile.

The link is here.

Having given that, Doug Wilson’s entire post is below:

7 Questions for Those Who Want Money for People With Minds That Hate . . .

Let me get this straight.

1. You are the group that wants drivers working for FedEx and UPS to be unknowingly carrying around boxes with baby parts in them, babies who were killed for the sake of those parts, AND you want to be the enlightened, progressive group?

2. You are the party that wants lab workers to dump baby parts into pie plates, in order to sort through them carefully looking for the valuable bits, AND you want to be the liberals?

3. You are the faction who wants to keep us from showing mothers an ultrasound of their child, in order to keep that child alive, and you want to prevent those same mothers from seeing how you use the ultrasound (to avoid damaging the product), AND you want to be known as the ones in favor of the free flow of information?

4. You want to tell one group of people that we are just dealing with nondescript tissue and such, and you want to tell another group that you have livers, hearts, lungs, and limbs for sale, AND you want to be the party of intellectual consistency and forthrightness?

5. You want to be known as the group that thinks #blacklivesmatter, while you are the leading wholesaler of black people in America today, only you kill them first, with your prices much lower than 19th century prices were, AND you want to be the enlightened ones who are showing the way for us on matters of racial reconciliation?

6. You are the party of women’s rights and you agitate for protection for women, and yet with the exclamation #anotherboy, you reveal that you do in fact know that half of the bodies you are taking to market are female bodies, AND you want to be the feminists?

7. You are the group that has T-shirts reading “care no matter what,” and at the same time you are the merchants who fatten children for market, since 20 weekers bringing in more than the younger ones, AND you don’t want to be the witches straight out of medieval tales?

All I can tell is brother you have to wait.

By now, only those who choose ignorance have not heard of the Planned Parenthood’s selling of baby body parts, organs and tissues that were taken from live infants killed by doctors. Information can be found here, but is only recently being discussed in the mainstream media.

Now we have Paul Pelton, who, when happening upon a fatal car accident, chose to record the dying teenage victims on his mobile rather than assist (article here). Being first on the scene, one might expect him to behave like a human, and lend aid. But to do so would mean we’d expect him to act in a manner inconsistent with a 21st century life-ethic (Carl Trueman has  an excellent article on the consistency of ethics here). Rather, he recorded one teen’s death and attempted to sell footage to news outlets. He has been charged with trespassing in an accident scene, the only charge that could apply.

We have now, for over a generation, understood human life is at our disposal–we can get rid of unwanted children, or the unwanted elderly and disabled, and even sell tissue, or suffering for a profit. Making the unborn disposable has logically led to the unthinkable attempt at profiteering from human suffering. If the weakest of life can be so easily terminated, if life means so little, what reason would Pelton have to feel shame for his inaction?

“If man is not made in the image of God, nothing then stands in the way of inhumanity. There is no good reason why mankind should be perceived as special. Human life is cheapened. We can see this in many of the major issues being debated in our society today: abortion, infanticide, euthanasia, the increase of child abuse and violence of all kinds, pornography (and its particular kinds of violence as evidenced in sadomasochism), the routine torture of political prisoners in many parts of the world, the crime explosion, and the random violence which surrounds us.”

As our culture descends to the the level of the animal, it will become clear that the Christian worldview, along with its value of man as created in the image of God, is the only way to stop the barbarism that is now the norm.