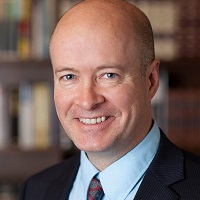 The controversy surrounding religious rights, marriage rights, and the confusion of gender and sex have a specific origin. I invite the reader to consider these two articles by Scott Masson from the Ezra Institute for Contemporary Christianity on Cultural Marxism. Full copies of their magazine, Jubilee, may be downloaded here as well.

“What Christianity exalted as common sense in civic society must thus become deplorable; what Christianity deplored must be exalted in order for revolutionary change to occur.” –Scott Masson

What if the “Culture War” Never Happened?

1.  First of all, the “culture wars” are often portrayed as an offensive attack, as conservative Christians taking up their torches and pitchforks and setting off to claim America for Jesusland. But historically the case is very clear that the movement arose as a defensive movement against fast-moving moral, legal and theological developments in the late 1960s and 1970s. In other words, the “culture warriors” did not choose this fight. They felt compelled to defend people, institutions and principles they believe important, that they believe matter to God. So when “culture warriors” are told to lay down their arms and “Stop fighting the culture war,” it truly seems to them like an assailant telling them to stop defending themselves and the things they hold dear.

2.  The notion that the “culture war” is driving people from the church is overblown.  (Notice I did not say it’s entirely untrue.  Just that it’s frequently exaggerated by the critics of the “culture war.”)  Think of it this way. Conservative denominations have, by and large, expanded or at least retained their numbers and their “market share.” So perhaps liberal Christians, seeing the “abuses and excesses” of the “culture warriors” on the Right, disassociate themselves from the Christian faith, or at least from its institutions? Well, it’s true that liberal denominations have lost great numbers after the rise of the Religious Right, but they have been losing numbers (and “market share”) at roughly the same rate as they were prior to the rise of the Religious Right.  In other words, the Religious Right may provide a convenient and emotionally satisfying scapegoat for their departure from the mainline denominations, but there’s no reason to believe they were not going to leave anyway. The argument that the Religious Right has driven people from the church assumes a kind of neutral baseline, as though no one would have left the church if it were not for the Religious Right. But people were leaving the church already. The baseline was not neutral in the first place.

3.  Besides, there are several deeper questions here.  If a follower of Christ would cease following Christ, or cease gathering with other Christians to worship God and study his Word in congregations of faith, because he sees other Christians acting sinful and conflating worldly and religious power, what kind of a follower of Christ was he in the first place? One who has never heard of the insidiousness of sin? One who did not understand the need of all people (Christians foremost among them) for grace? Was he even a Christian in the true sense? I don’t mean to sound callous; I mourn when any person leaves his faith behind, and it’s not my place to judge the status of another man’s soul. But I’m not sure these people are leaving faith so much as they are leaving its trappings behind, or the pretense of faith, or faith as a kind of political orientation (as it can become in mainline denominations, and in conservative denominations). It’s hard for me to imagine that someone who has truly tasted the living Bread and Water would leave it behind, or would depart from the fellowship of Christ in the company of other believers, because Christians with different political convictions do things of which he disapproves. 4. The other question is: How much should we really care what the world thinks? Let’s grant that the church takes a “PR” hit when it stands against the prevailing winds on a subject like same-sex marriage. Does that mean that Christians should not have the courage of their convictions and stand up for their beliefs when they’re unpopular? Or is that opposition of the world just a part of the cost of discipleship? Yes, too, the world may believe that we are being “unloving”.  That’s not a time to abandon our principles but to teach the world what “love” really means, that love does not mean allowing other people to languish in untruth and unfreedom in a faux version of tolerance. We ought not to needlessly offend the world, of course, and we can make our case with abundant kindness and grace, in the interest of our “witness.”  But for those who believe that God is calling them to defend the unborn or to uphold the institution of marriage or to combat the sexualization of children or to oppose the porn-ification of American entertainment, they should simply make their case as clearly and winsomely as possible and leave the “PR cost” up to God.

5.  The term “culture war” is typically only used by the Left, to cast aspersion on one side of the struggle. Or when is the last time you heard a proponent of gay marriage called a “culture warrior”? Of course not; the Left will call them defenders of human rights, standing squarely in the tradition of the civil rights struggle. Are the advancers of abortion-accessibility called “culture warriors”? No, they are heroic advocates for the rights of women. So the term may be embraced by some (very few) on the right as a kind of ironic badge of honor, but “culture warrior” is more an accusation than a description.

The problem is, it’s a terribly impoverished term. In what sense is the life or death of an unborn child a matter of “cultural” preference? It’s a fundamentally moral and theological question. Pro-lifers are not fighting to protect their culture; they’re fighting to protect innocent human persons whose lives are being stolen from them before they were allowed to blossom. The nature and purpose of marriage, too, is profoundly moral and theological. Every culture known to human history has honored marriage precisely because marriage is not a merely cultural matter. You can say that the “culture war” has been a struggle over the direction of our culture, and that’s true as far as it goes, but it’s much deeper than that. This is why I’m tempted to say that there is no such thing as a culture war in the first place. There never was. There was and continues to be a struggle over the attempt to replace traditional Christian moral and theological beliefs on life and family and sexuality, and the attempt to defend those things.

When people on the Left, Christian or not, wish to move beyond the “culture war,” they are really wishing that one side would simply lay down its arms and stop fighting. That’s not moving beyond the culture wars; that’s just joining one side and wishing defeat upon the other. Besides, no true “culture warrior” will lay down his arms. Lives are at stake. Fundamental religious and social institutions — the kind that hold a society together — are at stake.

We can have strategic discussions; we can adjust our approach, our language, our arguments; we can work harder and harder to express our convictions in ways that are winsome and culturally relevant. We can deal with the hypocrites in our ranks and expel the charlatans. What we cannot do is simply abdicate the fight. Involvement in the legal and political processes on behalf of our beliefs are hard, and complicated, and often arouse the ire of those who disagree with us. But it’s necessary. The legal and political machinery of the United States will not simply cease to operate because we’ve chosen to withdraw. Decisions are being made, and some of these decisions involve basic matters of truth and justice. If we are not involved in those decisions, defending the things that matter to God, then the world will be the worse for it.

Politics is the pursuit or deployment of government power on behalf of the affairs of a state or polis. The proper exercise of political power should be neither a matter of obsession nor a matter of disinterest for the followers of Jesus Christ. The dead are not raised by politics. But the living are protected by it. Some things are worth the struggle; some things are worth the cost.

Tweet
“While looking for WW I books at The Tattered Cover in Highlands Ranch, Colorado (it is the centenary of the outbreak of hostilities), I overheard part of a question-answer time by one Kevin Hearne, a science fiction writer. I had to restrain myself from walking over five feet–the books were very near the front–and giving a lecture on his absurd and glib caricatures of Christianity.

Mr Hearne, G…od help him, answered a question about whether his third book in a series (about some absurd reigio-science fiction world) would be made into a film. He say probably not, since it featured a black Jesus drinking beer. That, predictably, got a flippant wave of laughter (or smirks) from the adoringly ignoramus audience. After all, he followed up, the people who would be bothered wouldn’t know about it until a film appears, since they only read Bibles. So, the cowardly film-makers pull back. He said more but this is enough.

First, has Mr. Hearne watched any films in, oh, the last thirty years? Does he think that Hollywood is shy about religious controversy or attacks on Christianity. Has he seen “Noah” for instance? Or does he know the controversy stired twenty five years ago by “The Last Temptation of Christ?”

Well, Mr. informal, witty, paid-beyond-your-competence, listen up. The greatest literary stylists of the Twentieth Century–dim wits such as T.S. Eliot, C.S. Lewis, G. K. Chesterton, J.R.R. Tolkien, and others–were Christians, Christians who have forgotten more about literature than you will ever know. Furthermore, some of us ignorant Fundies have spent our entire adult lives reading literature, philosophy, mythology, psychology, and more. I stand in their midst. So, Mr. Important, we do not all fit your small minded, cliche-ridden stereotype.

Lastly, if you want to talk about a black, beer-drinking Jesus, please ring me up. I’ll drink and talk as long as you want. Perhaps you might convince me –after, say, ten beers–to read one of your works.

By the way, after surmising the WWI books, I bought one on Stubby, the amazing war dog.