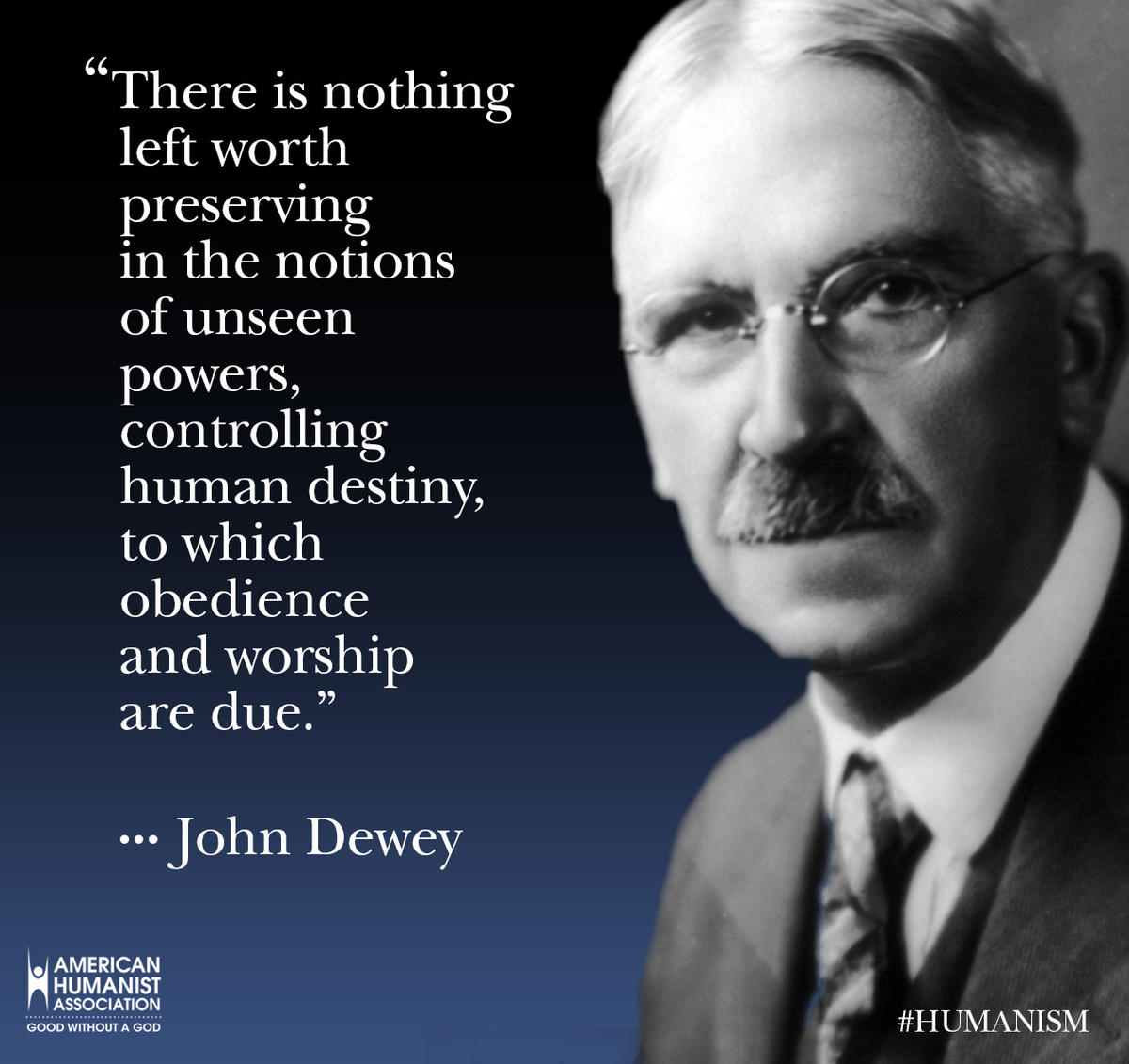 Modern Man Does Not Need God

It’s true. For all outward appearances, that person who denies the existence or relevance of deity can get along in life just fine without belief in one (see Psalm 73).

But this isn’t what we affirm. The Bible does not speak in terms of need or desire, except for some Psalms. The expression of desire or want of God speaks from the heart of a man who believes and trusts in the God of the Bible (Psalm 42) and the question of belief is not present.

The Bible doesn’t speak about want, need, or desire of God because that is not the problem. The secular humanism of the 1960s made it clear that man, in his current state, does not need God. God, therefore, is dead.

Of course, their assumption was that God was a psychological and evolutionary concept that was to be outgrown, but that’s another post.

No, the Bible speaks to another condition: rebellion:

This is a very surface survey, but it raises the question as to how we speak to others about the Gospel. Maybe we’re asking the wrong questions and making the wrong offer. “You need Jesus in your life,” can ring hollow to a person who is emotionally happy, physically well and economically doing well.

It is true that all people everywhere need a saviour, and that saviour is Jesus. But the Bible also tells us that we are in rebellion to the God we know:

18 For the wrath of God is revealed from heaven against all ungodliness and unrighteousness of men, who by their unrighteousness suppress the truth. 19 For what can be known about God is plain to them, because God has shown it to them. 20 For his invisible attributes, namely, his eternal power and divine nature, have been clearly perceived, ever since the creation of the world, in the things that have been made. So they are without excuse. 21 For although they knew God, they did not honor him as God or give thanks to him, but they became futile in their thinking, and their foolish hearts were darkened. 22 Claiming to be wise, they became fools, 23 and exchanged the glory of the immortal God for images resembling mortal man and birds and animals and creeping things.

24 Therefore God gave them up in the lusts of their hearts to impurity, to the dishonouring of their bodies among themselves, 25 because they exchanged the truth about God for a lie and worshiped and served the creature rather than the Creator, who is blessed forever! Amen.

The only solution to this cognitive disconnect between the felt needs of people today and their real needs, and their real peril, is a holy church (Ephesians 1:4; Ephesians 5:27; 1 Peter 1:15-16).

What Christians must do is to stop trying to fulfill needs that are not needs and to continue to holiness. Isn’t an emphasis on holiness a path to irrelevance? Not for those who have an appointment (Acts 13:48). But offering a solution to what is not even perceived to be a problem will not bring salvation; obedience to the call of holiness will. The church must seek to be relevant only to her Lord.

DeMar, Gary and  North Gary, Christian Reconstruction: What It Is, What It Isn’t (revised Text), n.d.

The Curse Of Motivational Speaking

Last Sunday, a young man came to see me after our church service. He is the kind of guy who shows up at church once in a while and then disappears for a season. My guess is that he goes around churches sampling sermons and looking for answers. On this visit, he asked that I help him to overcome a failure in his life, and it was a failure to progress. He said that his greatest problem is that he does not believe in himself. Could I help him believe in himself so that he could become successful?
I asked him whether he was a Christian. His answer was, “Do I really need to be a Christian in order to be successful? Are you telling me that all those successful people out there are Christians? Aren’t there general principles that I can apply to my life—whether I am a Christian or not—that can catapult me to success?” I challenged him to answer that question himself. After all, I was sure he had done enough rounds among motivational speakers to have the answer.
“That is the problem,” he said, “I have been told that such principles exist and I have tried them. They seem to work for a while and then I am back to my old self again. I want you to help me find that formula that will help me go forward and never slide back to the place where I do not believe in myself.” To cut the long story short, I finally persuaded him of the need for reconciliation with God before anyone can break free from the frustrating rut that God locks unreconciled sinners in.
I gave him a booklet to read, entitled, What is a Biblical Christian? When we met the following day, he was honest enough to tell me that he was disappointed with what he read because it was not telling him what he wanted to hear. “What I want to know is how I can be successful. This booklet did not say anything about that.” I repeated what I told him earlier. What he needed was not belief in himself but belief in a Saviour sent from heaven. He needed forgiveness as a foundation for his life.

Yesterday, a church member told me that he met the young man in the local market. He had two booklets in his hands. The first was the one I had given him and the second one was by Joel Osteen. He told our member, “Pastor Mbewe gave me this book but I don’t like it because it makes me feel guilty. I prefer this one by Joel Osteen because it lifts me up. It motivates me.” I am very concerned about this and so I decided to put some thoughts together about the curse of motivational speaking.
Sadly, motivational speaking has become the staple diet of many evangelical pulpits. The message being heard is, “God has put the potential in you and all you need to do is believe in yourself to unlock that potential. Have a grand vision and live out that vision. You must be a man or woman of destiny and the sky will be the limit for you. Don’t let your past failures get in your way of success. Look beyond them, as Jesus looked beyond the cross and thus overcame it. You are the head and not the tail. ”
In the light of the plethora of motivational speaking, it begs the question, “Is this how Old Testament and New Testament preachers preached?” If I summarise the preaching of Noah, Moses, Elijah, Isaiah, Jonah, Paul, Peter, etc., in the Bible, is this the kind of message that I will find there? I do not think so. Granted, motivational speakers borrow words from these men, but borrowing someone’s words is not the same thing as saying what he is saying. “A text without a context is a pretext.”
My chief quarrel with motivational speaking is that it reduces God to a means rather than an end. Men and women are not made to see that the nature of SIN lies in the letter “I” in the middle of the word. Instead, motivational speaking feeds that same ego and points to God as the one who can spoil it to the point of intoxication. That is a lie! It is God alone who must be at the centre of our lives. Christianity demands a dying to self, a taking up of one’s cross, and a following after a suffering Saviour.
Whenever I listen to motivational speaking, I seem to hear the message, “Peace, peace,” where there is no peace. It sounds to me like a doctor assuring a patient who has terminal cancer in its final stages that he should not worry because all will be okay if he only believes in himself. The guy is dying, man, for crying out loud! It is the height of insincerity if a preacher knows that the wages of sin is death (Romans 6:23) and instead makes those heading for the slaughterhouse feel nice.
Motivational speaking makes people feel good, whereas the gospel first makes people feel bad—until they find their all in Christ. True preaching must make people face the fact that they are living in rebellion against God and that they need to repent or they will perish. It is only as people recognise this and cry out, “What shall we do to be saved?” (Acts 2:37, 16:30) that true preaching gives them the good news, “Everyone who calls on the name of the Lord will be saved” (Romans 10:13).
Motivational speaking is an attempt at trying to kill a charging lion with a pea-gun, using freshly cooked peas, spiced with the most aromatic seasonings. The aroma may be tantalizing to the taste buds, but it is totally useless in bringing down that ferocious beast. Men and women outside Christ are DEAD in trespasses and sins. Exciting their senses with nice-sounding platitudes will not give them life. They need the law to kill their fallen egos and the gospel of Jesus Christ to give them life.
I know that motivational speaking is filling up our church buildings until they look like football stadiums. In this world of misery and gloom, we can all do with some encouragement. But is that all that we were called to do as preachers? What good is it if men feel inspired and motivated, and then go back home to live a life of sin and selfishness? Sadly this is the norm in so many evangelical churches. The churches are filled to capacity with people determined to drink sin like water the whole week.
Motivational speaking is not biblical preaching. It is a blight on the landscape of true evangelicalism. It is filling the churches with dead people who are being told to live as if they are alive. We need to return to the good old gospel that truly gives life to the dead and sets men and women free. Like Paul of old, every truly evangelical pulpit must sound out the clear message of “repentance towards God and faith in the Lord Jesus Christ” (Acts 20:21). Let us get rid of this curse of motivational speaking!
Posted by Conrad Mbewe at 8:30 AM
Tweet