[Note–please be sure to read this article from The Federalist!]
I linked this post to a Facebook group that is for Christian Church/church of Christ ministers only. It was deleted within an hour. Ironically, this is a post about the denial of free expression and sharing it is also denied.

This is because there are, within conservative, evangelical Christianity, at least two camps of opinion about how cultural matters ought to be decided. At this time, in North America, by far the largest is the camp that believes the Great Commission (Matthew 28:18-20) is about saving souls, and making good ethical disciples, who express their Christianity as much as they can in their businesses, places of work, schools, neighbourhoods, etc. These, however, are heavily influenced by the Adventism of the mid-nineteenth century, which taught that the end of the world was immanent, and the focus should be on individual salvation while the rest of the world, its governments, institutions, its culture is abandoned to Satan. Those who hold to this view make up the vast majority of Christians today, and it is the “received view” of most megachurches.

These are the ones who will not sympathize much with business people who, out of a commitment to Christ, refuse to celebrate same-sex marriages. They would argue that their work is secular, and that they must therefore submit to the laws of the land (Romans 13:1ff). This view is often inconsistent, as it generally accepts the sacred/secular distinction as it applies to Christians in the marketplace, but protests loudly (and rightly) at the abortion holocaust.

The other camp believes that the Dominion Mandate (a.k.a. the “Cultural Mandate.” There are some great resources here) of Genesis 1:28 has not been rescinded, and that the glory of the Lord is literally to spread “throughout the earth” (Habakkuk 2:14). The belief here is that God has sovereign rights over all His Creation, and those rights are not diminished by human reason or law. This view holds that the moral law is demanded of all humans everywhere, and that civil law ought to reflect that. It does not understand Biblical Law as salvific, that is, it does not teach that salvation comes through the Law, but rather that the implications of Christian discipleship range through all of life. In other words, it is wholistic: Christianity is not only about one’s personal ethics or inner life, or family, but demands obedience in all places, and God’s Law is to be obeyed by all. When a nation perverts this Law, Christians are obligated to prophesy against them, and to use means to bring these nations back under the Law of God.

It does not mean that a nation will become Christian, in that all, or even a vast majority of its inhabitants will be Christians, but when man’s law is in disobedience to God’s Law, the Christian is obliged to speak and to act.

As to work, this view understands that all of work is a part of God’s Dominion Mandate, and thus is holy, sacred. There is no secular world.

As Abraham Kuyper said, “There is not a square inch in the whole domain of our human existence over which Christ, who is sovereign over all, does not cry, ‘Mine!'” 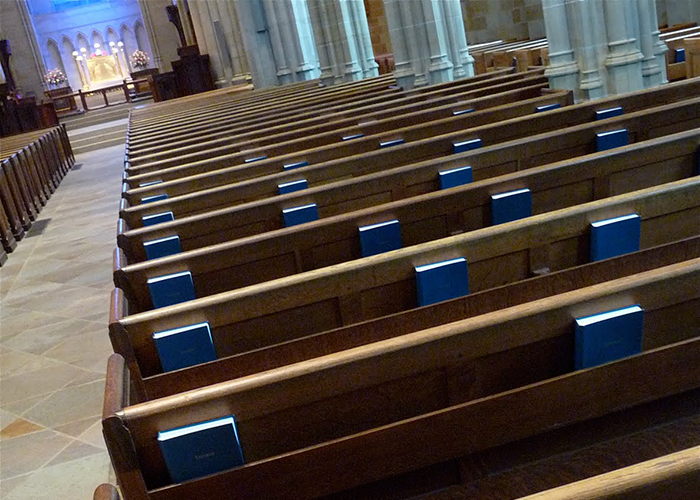 Earlier this month I posted an article warning against the ghettoisation of Christianity. This post illustrates well the challenges that are met by those who must work and live outside the ghetto:

Article here from the Gospel Coalition.