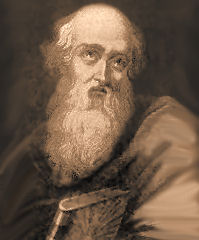 And this should give everyone pause about the pronouncements of the Centre for Disease Control:

Tweet
We seem to have a bit of confusion in Ontario. Christians understand that Jesus is Lord, and our government believes it is Lord, and all this “Jesus stuff” is little more than a side diversion, like a curling club. Probably not as important, actually.
So beginning Monday, churches are limited to 10 in attendance. Now I understand that this is against the Charter of Rights and Freedoms, draconian, illogical, tyrannical, and just plain wrong.
So, in keeping with the reality of the rightful Lord over all creation, and the death-throes of a would-be empire, I am moving forward for Sunday worship on the 27th of December, and continuing for however long the arbitrary rules apply.
Here is our worship schedule:
11 AM–worship in person and online. Limit of 10 in person, so please RSVP. Online is unlimited until some sort of inclusive/diverse censorship kicks in.
12:15 PM–second service, limit of 10. RSVP
1:30 PM–third service, limit of 10. RSVP
You can see where this is going. God’s got all day and so do I. Each setting will include the Lord’s Supper.
Please don’t get used to this convenience! After the collapse of the oligarchy, we’ll go back to normal and continue the task of discipling the nations.
Tweet