Offensive title, eh? What do you figure this post will be about? About racism? About how we shouldn’t still see ourselves as slaves of sin, but as free men? About how slaves get into a slave-mindset that’s hard to break, like men who’ve been in prison for decades?

Actually, it’s about going to church — and many other things.

In Why you need to be in a church this Sunday, I laid out an inductive, cumulative case for why anyone and everyone who names Jesus as his Lord must involve himself, in person, in a “local assembly of believers wherepastors lead, the Word is preached, theordinances are observed, and discipline is carried out.”

Much of the response was positive, personal, heartfelt. Then there were scattered demurrals. Two had in common that they refused to interact with the Biblical content of the post — which is to say, with just about all of the post. Both hate Biblical teaching about authority and submission. As I showed, that means they hate the institution of God, and reject Him (Romans 13:1-7). Thus there really isn’t much to discuss, beyond pleading with them either to repent or toss off the false name of “Christian.”

I might summarize the other “But’s” and critiques in that meta and elsewhere — many of which were doubtless well-meant — thus:

Now, I’ll be candid with you, shall I? At first scan, that looks like a fairly diverse list of eight or nine different reasons, doesn’t it? And you’re thinking, “Yikes, if he responds to every one, this is going to be a long, long post.”

But no. I can roll them all together, and deal with them all in one. Every one of these excuses, though presented in great deal and with great conviction, shares the very same fatal flaw.
Every one of them views
the Christian life
as a process of
negotiation.

That is, among the demurrals, there wasn’t one serious and honest attempt to counter the Biblical case. It was tacitly accepted by most that the Bible indeed does paint us into that corner: God says that He expects us to be involved, in-person, in a local assembly. God said it, yes… but!

Now this sort of thinking is perfectly appropriate, if God and we are peers.

But it is wholly inappropriate if God is our Lord, and we are His slaves.

What is the tenor of our relationship, as depicted in Scripture?

“This is love for God that we” — what? Is it “that we wait until we feel led, and find it easy and stress-free and effortless, to give the nod to His suggestions“? Or is it not “that we keep His commandments” (1 John 5:3)?

Is the person called to Christ as a freeman Christ’s peer, His debating opponent? Or is he not Christ’s slave (1 Corinthians 7:22).

Are we to keep the parts of our body as our own, to use at our convenience and according to our preferences? Or are not rather we to present them all as “slaves to righteousness, which results in sanctification” (Romans 6:19) — which would include getting them to church, whether it was convenient and easy or not?

And if it be countered that we are not merely slaves, but also sons, I’d have more questions. Is a son his father’s peer? Or does a son not owe his father honor and obedience (Deuteronomy

Look, this is a crucial point, whether we’re talking about church attendance, or doctrine, or marriage, or any other area of Christian living. When we respond to Divine commandments with a “But” or a series of excuses, we echo the Serpent, and treat God as our peer — or our inferior.

So here’s where the rubber meets the road: what do you do when faced with a clear commandment, with clear teaching of Scripture, that crosses your will?Today, it just happens to be the fact that you need to be involved in church, learning and growing, serving and submitting and accountable.

You and I need to think like a slave; and not only a slave, but a crucified slave, who has died to his old master, and come to life for another.

Then you and I take our truckload of excuses and rationales and dodges and rationalizations, we say “Yep, I’m going to need help,” we take them and ourselves to the Cross, we count ourselves dead to them, we plead for the enabling grace of God…
…and we obey.

Here’s the practical key, then: move the “but.”
Until now, it has been: “God says to obey, but I have these

excuses/challenges/difficulties.” And so you don’t start. The issue is still whether to obey. This thinking ill-befits a slave, much less a son.

From now on, it must be “I have these excuses/challenges/difficulties, but God says to obey.” And then you start. Now, the issue is not whether, but how. This is thinking like a slave, and thinking like a son.

So whoever knows the right thing to do
and fails to do it,
for him it is sin
(James 4:17) 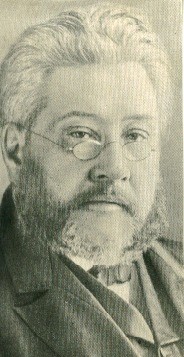 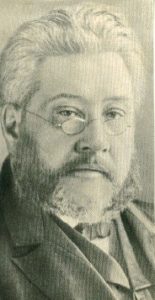 Reading through Joshua the other day, I was impressed by the hubris presented by the king of Ai:

14 And as soon as the king of Ai saw this, he and all his people, the men of the city, hurried and went out early to the appointed place toward the Arabah to meet Israel in battle. But he did not know that there was an ambush against him behind the city. 15 And Joshua and all Israel pretended to be beaten before them and fled in the direction of the wilderness. 16 So all the people who were in the city were called together to pursue them, and as they pursued Joshua they were drawn away from the city. 17 Not a man was left in Ai or Bethel who did not go out after Israel. They left the city open and pursued Israel.

If you’re familiar with the story, you know that Israel was defeated by Ai in what should have been an easy victory. God allowed the Israelites to be defeated because Achan took prohibited spoil from the great battle of Jericho. So, after the judgment on Achan, God directed Joshua to return to Ai for battle. Joshua set up an ambush that appeared to be a rout for Israel. The entire city of AI went out to defeat the fleeing Israelites, but then were caught in their trap and were defeated.

It is clear that their defeat was ultimately at the hand of God, and by His foreordination (Joshua 8:1). But Ai cooperated in their own demise by their pride and overconfidence.

Churches often operate this way. Every effort is made for the battle, but the battle is too often seen as “out there” and there is little consideration for the safety of the city, or in the church’s case, the flock. the warnings in Scripture remind us that the greatest dangers come from within the church (Jude 4, Acts 20:28-30).