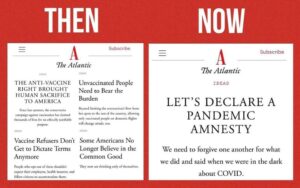 About amnesty:
“3 Pay attention to yourselves! If your brother sins, rebuke him, and if he repents, forgive him, 4 and if he sins against you seven times in the day, and turns to you seven times, saying, ‘I repent,’ you must forgive him.” Luke 17:3–4 ESV.
We need to forgive. Christians are to forgive.
We need to forgive:
When you shamed us for refusal to live by lies
When you physically attacked for noncompliance
When you forced our unemployment
When you denied us the presence at family gatherings
When you forced needless death and injuries from untested procedures
When you caused death and injury from needless hospital delays and test denials
When you expelled students from schools and dampend career prospects
When you called us ‘killers’ and ‘haters’ and science deniers
When you rolled your eyes when we beleived that the pharmaceutical community might have ulterior motives
When you laughed at us for saying that the government is paid off by the pharmaceutical community
When you called us stupid for saying that media is complicit
When you ignored us when we complained about elderly dying alone
When you labelled us conspiracy theorists and tinfoil hat models
When you applauded when we were denied what is proved to be life-saving medications such as hydroxychloroquine and ivermectin
When you threw us under the bus
When you theatened to take away our children for our refusal to sacrifice them on the altar of health-care
For still being beholden to the Gospel Coalition while its leaders serve antiChrist: “you obey God by obeying the government.”
When you forced masking even on those who could not breathe
When you allow Chapters/Indigo to remain in business after their abuse of disabled children
When you condemned us for refusal to worship at the altar of safety
When you demanded churches close
When you heaped opprobrium upon pastors and truckers who protested the overreach of the Civil Government
When you forced us to pay out vast sums because of lockdowns and planned shortages, knowing that you intend this to go on indefinitely
When you taunted us with death (Biden) and called this the “pandemic of the unvaccinated,” when in fact it is the opposite.
When you hated us because we didn’t die off en masse, but are emerging healthier and happier than before, being thankful for our lives and the ability to focus on the future.
Now the Atlantic wants us to declare an amnesty. Actually, I’m all for it, and for forgiveness, but only on Christ’s terms. See the passage from Luke above: “if he repents” and “if he turns to you,” “repent” and “turn” are not synonymous, but serve to drive home the same point.
That is a big “if,” and if there is no repentance, no admission of guilt and culpability, no move to restitution, the deal is off. This turning is not expressed by, “I’m sorry you were offended or felt bad.” No, it is “I have attempted (or succeeded) in destroying your life, and have shredded the social fabric of our nation. It is as if I have taken a machete and hacked off your arm. Please forgive me, even though I do not deserve it.” Unconfessed sin is not forgiven.
The sin be admitted and confessed, named and owned. “ Oops, my bad” doesn’t get it.
Turning and repenting will mean at least this: an admission of guilt; naming the transgression and repudiating it; a determination to reject the behaviour in the future; a true sorrow for damage done and a real attempt to make restitution, knowing that restitution is impossible in many of the cases I listed above.
We were vilified, we were called “anti-science, homophobic, transphobic, and misogynist” by our Prime Minister on network television and you did not protest this. Rather, you re-elected it.
I can forgive, but without true repentance I cannot. It isn’t that I won’t forgive without true repentance, but with out a real repentance forgiveness is impossible.
If you believe the Atlantic article comes close to what is needed, we remain unreconciled.
I have heard nothing to the contrary.
Tweet

This is an excellent document. If you are a Christian, please consider reading and signing it.

Christians, Against The Abuse Of Power

In the course of human events, it sometimes becomes necessary for people of good faith to speak out against the abuse of power. This should be done only after serious and prayerful deliberation, and even then, in an attitude of humility and with respect for the authorities that have been established by God. Such protest should be expressed in the hope that civil authorities who are found to be eroding rights and liberties may yet fulfill their responsibility as their rightful guardians.

A few concerned pastors from different continents, moved by an emergent totalitarianism of the State over all realms of society, and particularly the Church, and the disregard of God- given and constitutionally guaranteed rights during the Covid crisis, joined in common cause to craft a solemn declaration, which seeks to address these threats with the timeless truths of God’s Word. The following affirmations and denials, derived from biblical principles, we put forth for consideration by all Christians and relevant authorities, in the hope that this document will give light and strength for faithful witness to Jesus Christ in our day. 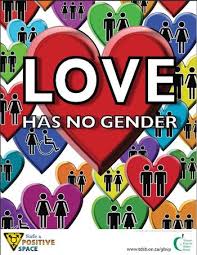 We are past worrying about human rights: freedom of expression, conscience, religion, movement, association, etc. It is now clear that those taking control of things see all these rights as privileges. The question will remain: “Who wins in a society of privilege?” I would answer: “The approved self wins.” Not just any self, but the approved self (approved by the controllers) wins over all others.

The rise of the narcissistic-subjective religion of self goes back to at least the 1960s, though the philosophy at its foundation extends to the Enlightenment (17th and 18th centuries). The avalanche that the Enlightenment unleashed has changed the societal landscape and molded into what we are now experiencing. But that “religion of the self” was being clearly manifested during the 1960s and since, to where we are today. As Christians, we have been disobediently in retreat since the Enlightenment, to a place in the current era that our faith is to be private. “Keep politics out of religion and religion out of politics!” has been the commands of both humanists who despise the idea of God and church elders and leaders telling their pastors to sound the retreat to the prayer closets. Unbelievers and Christians largely agreed: faith is a private affair. This is a decades-old retreat. In the past few years we have been forced to eat this rotten fruit. The Civil Government commands the churches.

Did we really think this was only about public health? This CBC article shows plainly the popular mood against God’s Law, and can hardly contain the shock and rage felt when a small pocket of Christians choose to take it as fact and universally applicable. How dare they!

When an army is in full retreat, it surrenders a lot of ground, ground that must be retaken. This may take as many years as were given up, and the response from the broader culture will not be affirming. The CBC article is about as biased as it can be, ignoring the history of Christianity wherein the self is to be denied; the self is not the master. When legacy media writes about Christianity and its role in society, the ground lost in our retreat is made evident.

The child in this story is a little girl who needs parents who will protect her. Instead, she will likely be chemically altered, receive an unnecessary double mastectomy, and a hysterectomy. When, in her 20s or 30s she has regret, it will all be irreversible and she will be medically and emotionally on her own. But the real villain in this story is a church camp committed to a consistent expression of God’s Word. Would they be an expression of Christian love to deny an anorexic teen food at camp because she identifies as obese? This camp will likely, if charged under a human rights court, appeal to the Charter of Rights and Freedoms. As I’ve stated above, these are non-existent in a regime of privilege. It is likely to fail because a court can easily determine that Christian camping is just another form of public accommodation (see the article). Camping is camping and there is no significant religious aspect to it.

We are being reduced to a Christianity that is Sunday only, home only, your head only. But these places of refuge will not be permissible for much longer. The idolatrous State will allow no thought, prayer, place, or privacy to exist outside of its control. Those who retreat to seek safety have guaranteed that their descendants will not be safe. Still, I believe the words of Daniel’s friends:

“But if not” (Daniel 3:17-18). “17 If this be so, our God whom we serve is able to deliver us from the burning fiery furnace, and he will deliver us out of your hand, O king. 18 But if not, be it known to you, O king, that we will not serve your gods or worship the golden image that you have set up.”

Daniel’s friends were in anything but retreat! They could only say this because they (literally) took a dangerous stand. To retreat is to deny the promises of God and to test Him.

Before we can retake what was lost, we must stop the retreat! Can we do this? Will we?