If you ever considered going to Bible college, but can’t leave your job or don’t want to relocate, consider this:

I’ve been teaching courses online for several years, but all courses are online and live.

You can sample a course for FREE! When school resumes next week, you can sit in on a live class.

Check out the courses on the attached schedule. This semester we have:

These courses are already underway, but by visiting them you can get a feel for what an online Bible College experience is like.

This online experience is free, but you have to have a Zoom code to participate. Please DM me with your information. Also, please share this with others.

This is a great chance for students who are currently out of school because of Covid-19 concerns to check out MCC.

Note: all courses on the schedule are Atlantic Daylight Time, so you have to adjust. If you visit my Eschatology course, it starts at 8 AM EDT! 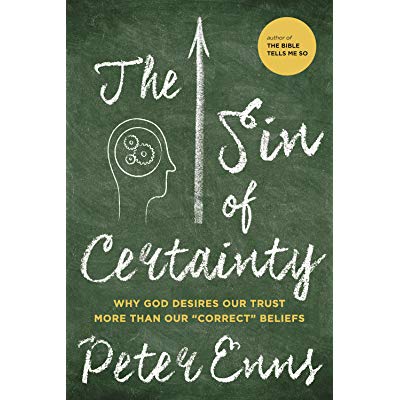 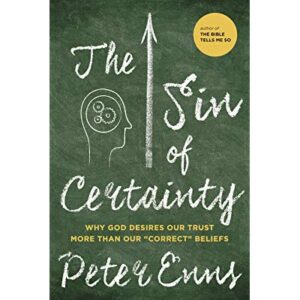 “We direct the fashionable outcry of each generation against those vices of which it is least in danger and fix its approval on the virtue nearest to that vice which we are trying to make endemic. The game is to have them running about with fire extinguishers whenever there is a flood, and all crowding to that side of the boat which is already nearly gunwale under.

Thus we make it fashionable to expose the dangers of enthusiasm at the very moment when they are all really becoming worldly and lukewarm; a century later, when we are really making them all Byronic and drunk with emotion, the fashionable outcry is directed against the dangers of the mere “understanding”. Cruel ages are put on their guard against Sentimentality, feckless and idle ones against Respectability, lecherous ones against Puritansm; and whenever all men are really hastening to be slaves or tyrants we make Liberalism the prime bogey.” –C. S. Lewis, “The Screwtape Letter.”

The idea that Satan temps Christians to go in the opposite direction of where they need to be going can be documented throughout the history of the church. This is one other fad that is sweeping the church at precisely the time it should not be: Doubt is now Cool.

Doubt is in, certainty is out. In many Christian circles, it is in vogue to express uncertainty at every turn; a sign of humility is to be slow to express confidence in one’s convictions, faith, or hope. This is demonstrated by Peter Enn’s The Sin of Certainty, which traces his own progress into doubt and away from certainty.

Is certainty a sin? Is it wrong to have faith, to believe, to trust.? It should be noted that these three terms all translate from the same root word, pisteuo (πιστευω). Faith is a noun, believe a verb (belief a noun) and trust is a verb. Loving God with our whole being is to fundamentally trust Him. By the way, Enns seems to miss this point when he argues that we should move from certain belief to trust, when Biblically the concepts are not separate.

Some confuse an inability to understand, (or an unwillingness to accept) what God has clearly said in Scripture and taught nature, with doubt. When we cannot understand or refuse to accept Scripture, we call it doubt when it would be better to admit our confusion. We should, instead, be questioning ourselves–doubting our doubts. Likewise, we doubt natural revelation when we fail to see God’s truth taught in it.

Doubt is never a virtue in Scripture:

“If any of you lacks wisdom, let him ask God, who gives generously to all without reproach, and it will be given him. But let him ask in faith, with no doubting, for the one who doubts is like a wave of the sea that is driven and tossed by the wind. For that person must not suppose that he will receive anything from the Lord; he is a double-minded man, unstable in all his ways.” (James 1:5–8, ESV)

This verse both recognizes a lack (wisdom) and God’s promise to supply it. It also clearly condemns doubt.

Certainty, right faith, trust, belief is always commended. Peter Enns calls certainty a sin, but I think he needs to question himself. Perhaps making Scripture only an object to be studied without remembering that the Bible sits in judgement upon us.

Enns trades one certainty (in Scripture) for another, himself. He has decided that certainty is a sin when the Bible says otherwise. This is a form of certainty that is a dead-end spiritually. I understand that it is possible to be arrogant, full of pride, and hubristic regarding certainty, but so what? That is on the sin of pride, not an imagined sin of certainty. Pride is sinful, and if our certainty leads us to pride we are on the wrong path; we can be certain of that!

Certainty is not the same as pride!

On the contrary, doubt is the problem. Doubt is a false sense of humility, an “I don’t know” that places us in judgement upon God, His Word, and His revelation in nature. For Enns to admit his own doubt is one thing, but for him to turn the tables and say that doubt should be normal, and that certainty is a sin, is quite another.

If the Bible seems confusing to us, offensive even, it doesn’t mean that understanding is impossible. It only means that we don’t know something about it. Likewise, the Bible will offend–often, that too is cleared up by unpacking it by working to understand it better. Other times if we are offended it could very well be that it contradicts our sinful rebellion. The cure for that is repentance and submission to it.

Is humility good? Of course.

Is pride a sin? Yes.

Is certainty a sin? Certainly not!

Let’s be wary of Screwtape-esque fads and work towards even greater certainty.