Christians do not seek human law to establish their faith–they establish better laws by their faith. Governments can make many things legal, but what is legal may be abhorrent in God’s eyes. We may know this by looking into His moral law. Bad legislation is a curse, and must be rallied against. It is an argument of straw to suggest that Christians are seeking to force unbelievers into faith, or Christian behaviour. We are simply doing what God requires when we expose falsehood and lies.

When Wilberforce (1759-1833) chipped away at the British slave trade for 20 years, before it was outlawed in 1807. He then set out to abolish slavery in the entire British Empire, and did so successfully 1833. He learned of his success 3 days before his death. He was not seeking to pass laws to make men Christian. He did not wish to force people to pray, take communion, or read their Bibles; but he was seeking to save the slaves from their misery. Unless we think sodomy is not such a bad thing, is it not an enslavement to the lowest form of debasement known to man? Can we not see the horror of the abortion from the fleeting sense of the baby? Can we, who supposedly have the light, let people sit in darkness when it is in our power to agitate otherwise? 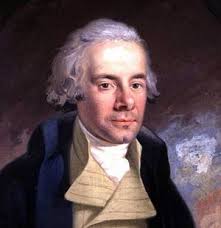 The command that we “love our neighbour as we love ourselves” encapsulates the idea that we must seek to repeal bad law, and enact good law. The laws that permit same-sex marriage, to teach sodomy to children, to abort children for any reason, to allow euthanasia, and to generally permit and encourage promiscuity, are bad laws. They are demonstrably evil, and letting them stand unchallenged, is a form of hatred against our neighbours, not love. To sit by and say, “we can’t expect unbelievers to act like Christians” is a moot point. Out of simple love of neighbour these new cultural norms must be exposed as the lies they are.

Wilberforce became a Christian in 1785, and from that point on he championed the abolition of slavery. Being a disciple of Christ meant that and it means this: that we are Christians in every facet of our lives. Jesus said to “make disciples of all nations.” Discipleship means much more than personal piety, devotions, church attendance, evangelism, and benevolence (although it includes all this). It means that we are called to follow Jesus, and we cannot, must not, leave Him at the door of the office, shop, academy, or legislature. If He is not Lord in these places, is He Lord anywhere, besides our hearts?

Too much of current Christian thought seeks to reel in believers to an enclave of faith and devotion, and to, in practise, ignore the wider Kingdom of God. I am totally embarrassed for what some preachers have said recently, “Bake the cake! Bake the gayest cake you can!” As though this is an act of love! Really? Are we showing love when we affirm the proof of a man or woman’s depravity? Can we not show love without participation in their sin?

I think of the poor businessmen and businesswomen who are abandoned by the ministers of the Gospel at this time; it is a blight upon the church of Christ. They are told to do as they are told, as if God blessed their businesses so that they can be good apostates. Wisely, most are refusing, despite the crowing of the crowd. It truly hurts, though, when the scorn is cast from those who preach the Gospel. They are as called do business in God’s Kingdom as the preacher is, and it is a perfect hypocrisy to expect them to live by a lower standard. That is a truncated Gospel.

I have heard it said, that “if a person wants to do business in the world, he must do it by the world’s rules.” So I ask, when the world determines that it owns the children of the church, do we hand them over? Worldly psychology has claimed ownership of the soul, so we must stop trying to convert (and therefore, change) those trapped in sin? Sociology exerts ownership of the family through children’s aid societies, so families too are out of the scope of the Gospel? What of discipleship is left? What part of life falls under the Lordship of Christ? If Christian businessmen and businesswomen must submit to the state against their faith and consciences, then when the state demands that preaching the Gospel conform to state standards (they say you’re one of the “helping professions”), these preachers will have to comply, since that is what they are teaching now.

In the first generations of Christianity, the culture was ignored and violated when Christians had the audacity to gather up the abandoned infants and elderly. In later generations, Christians violated cultural norms at every turn, and saved souls and sanctified culture.

In modern times, I think of the Ten Boom family (and many others), who violated both culture and law, and hid Jews from the Nazis (the holocaust was legal, after all). Why did they do this? Because the Jews were in need, they were their neighbour, and the Ten Booms obeyed God rather than man. In all areas of life, there are many such examples. The price paid for non-compliance was often very high. But is this not what Jesus said would happen (Matthew 10:34-39; 16:24-26)?

God is Lord over this world and everything in it, including governments and institutions. This is true whether it is acknowledged or not. Christians cannot pretend otherwise.

There have been many opinions about the Confederate battle flag (for those interested in the various flags of the Confederacy, see here). It has, reportedly, been removed from the Gettysburg National Park, and will likely be removed from all state and federal government properties. I am not going to address the wisdom of doing this or not doing this, since either leaving it nor removing it will likely heal racism in the United States.

This little post is directed to Christians, especially those who think that Melvinious’ phrase, “In Essentials, Unity, in Opinions, Liberty, and in all things, Love” is a useful rule of life (this quote has been variously attributed to Augustine, but is more likely Rupertus Melenius, 1582-1651). The early leaders of the Restoration Movement adapted this phrase to describe their approach to Christian unity, and it is, overall, a good rule. Most of the trouble with it is, however, that there is quite a bit of debate over what constitutes an essential and what determines an opinion.

To illustrate, and to bring us to back to the Confederate flag, there’s this. Later in August, we shall welcome into our home a young woman from Japan, who is spending about a year to experience something of our country. The size itself should be quite an experience. This will be the fifth Japanese boarder we’ve had with us. Canada and Japan have an agreement that, with a special visa, a Japanese person, under 30, may live here for one year and hold a job, as long as that job is not in their area of expertise. For example, we had a Japanese schoolteacher live with us who was not permitted to teach school, but she could hold any other job she could find.  This is reciprocal, and Canadians under the age of 30 may go to Japan on the same terms. The Japanese call this a “homestay” experience.

In our kitchen, we have a large poster frame with two newspapers framed in it from August, 1945. My father was stationed in San Diego at the end of the war, and my mother saved these papers. They proclaim with great excitement, the end of the Japanese theatre of war. They are very interesting historical artifacts, and they are very valuable to us. Before our Japanese visitor arrives, we will take them down and put them away. We are not meaning to hide or deny the ugly truths of Japanese aggression (much of which has been denied by Japan in their education of their young since that time). Keeping this reminder of the Allies’ victory is also showing a reminder of Japan’s defeat.

We intend no covering over of the events of the war, but this young woman may have false information about Japan from that era, or may, due to internet access, have full details of the horror of Japanese aggression. We just don’t know. She may want to know what we’ve been told. It is likely that if she had any family involved in WWII, that they are quite old, if living at all. The presence of these newspapers may shock, hurt, confuse, or anger her, and this is not the reason we’re bringing her into our home. If this war comes up in conversation, we will certainly explain the facts we know, from Pearl Harbour to Hiroshima and Nagasaki (we once had a young woman from Nagasaki live with us).

So, in keeping with this great Restoration slogan, we suppose that having the newspapers on our wall are not essential, or necessary. If she were coming to learn of the history of Japan in WWII, these things might be useful. But she isn’t. She is here to learn of Canada in the 21st century. If the Confederate flag flew at Gettysburg, and this is a museum to a great battle there, it really should fly there now, out of concern for historical accuracy. Our home is not a museum, but a place of welcome for strangers.

What is necessary is that this young woman feel welcome into a home where she may learn Christ. This overrides any concern we might have to keep the story of WWII alive, true and accurate. The truth is still there, even without the newsprint to show it.

The Confederate flag is a fact of history, and need not be banned or eliminated from its place in history, but is it a necessary  emblem of modern life? For the sake of the Gospel, Christians do, perhaps, need to think this one through.

I believe that as a movement, the mega-church movement is doing positive harm to the cause of Christ. Harm, not because churches are large, but because of the consumerist spin placed upon the Gospel which cannot sustain Christians to stand in the face of trial. The human-centered focus results in a pietism that is antithetical to the Gospel. So I also believe that this pietistic mindset is the cause of the call to retreat from fully engaging the culture. Preliminary research sources and theses here.